Romy, Grammies or  The Oscars: Isn’t is pure excitement: keeping fingers crossed for our movie or music superstars and following those thrilling events in TV? Let me tell you – imagine you are part of such an amazing award party! Among a huge crowd of kitchen-stars and food-heros. Where? At the 7th  Austria Food Blog Award, powered by Billa. 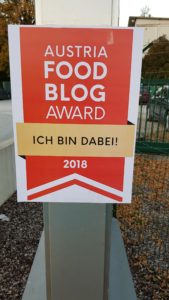 More than 850 entries had been submitted for the most popular foodblog award in the german-speaking area. Awarded categories:

And believe me when I tell you…it was a wild thing. Have you ever heard of tomato pralines  (Haunis Food) ? Have you ever tasted the flavor of the northern cuisine (Mahtava) ? What do you think about poppy seed noodles (Gourmeet me) ? And…wouldn’t you be excited about a pickle guide (Das Mundwerk) ?

Among this jumbled foodie group:  #brotokoll, nominated as candidate for the category: “Newcomer of the year”. My goal: raising awareness for homemade bread, naturally leavened with the magic of sourdough and the power of wild yeast water. Featuring my crazy recipe portfolio. Anyway, never ever, I would have tought about what happened at the grand finals of the award (but let’s proceed step by step in this thrilling story).

Some weeks after submitting my entry, I checked my mailbox. Inside? The official confirmation that #brotokoll was nominated as candidate for the category “Newcomer of the year”. Emotions? Hard to describe: a mixture of christmas, new year and birthday. It was unreal (also finding myself in one of Austria’s largest newspapers:  KURIER ). 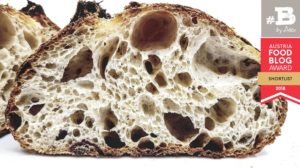 Having been nominated was already combined with a prize: a wonderful dinner at  Verdarium in Klosterneuburg. A very first get-together with fellow nominees from the categories: Blog of the year, Newcomer of the year and Tomato Challenge. Among them, as NKOTB…well… New kid on the Blog, #brotokoll. Thanks to: Taste Austria, WhatMiniLoves, La Petit Faime, femininefood, A Modo Mio, Sarahs Delight and Freiwillig Aufgesprungenen Granatapfel for this great and funny evening!

After the dinner – no time for resting until the grand #afba18 finals: New recipes, blog posts, Instagram stories, Facebook votings: everyone was making a flat-out effort in order to reach the so much wanted goal.

Same on #brotokoll: I had a great talk with Karl de Smedt, the Sourdough Librarian about the only sourdough library in the world and just a couple of weeks ago with Trevor Wilson, about his Open Crumb Mastery . Next to the #brotokoll Sourdough Series tutorial, there was still time left for some great bread-baking:

And then: The final coutdown. The Austria Food Blog Award Night at Interspot Studios in Vienna.

This was really more than just a slight Oscars-Feeling: Walking along the red carpet, doing a welcome shooting and entering the fray with a (for me, as I was suffering from a cold: non-alcoholic) nice drink. 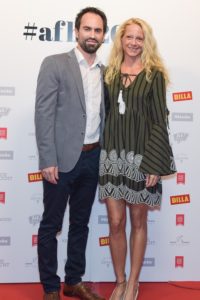 Nervousness was all around. Especially at Haunisfood, Lime&Lemon und MW Moments.

This trio had to perform a live cooking battle in the category: Tomato Challenge. No chance to win this game with blockchain-technology. But with blog-passion and a perfect timing.

AFBA captain Alexandra Palla was an amazing mistress of ceremony, keeping the supense until the very last minute (for God’s sake…please tell us the result!) First step: The announcement of each category’s three finalists.

Result for the category “Newcomer of the year”: Cooking for Elephants, Craftlackl and (keeping calm? no chance…) #brotokoll! 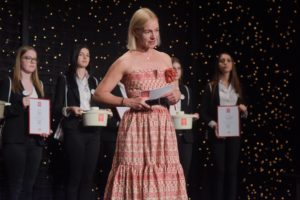 My pulse was about setting a speed record: On the third place: Cooking for Elephants – Beatrix, runnig her blog in India, was not able to join us for the party (regards from Vienna!).

At the end, on stage, it was just me, face to face with my craftbeer brewing fellow nominee: Craftlackl.

Beer vs. Bread…and suddenly the (still unreal) words: “Newcomer of the year: #brotokoll”…

My already for weeks lasting emotional roller coasting ride started all over again. Featuring a mental movie in my mind of my bread-baking journey so far. Starting with the very first baking workshop I attended, followed by the success at the baking challenge at  Kruste & Krume, and now ending up with the Austria Food Blog Award 2018 as Newcomer of the Year for #brotokoll.

At this point I want to say Thank You to the whole team around the Austria Food Blog Award, to the jury members and to all sponsors for this great honor, wonderful experience and amazing evening! And of course: congratulations to all winners of the evening. You all fully deserve it! Cheers guys, Food rocks! 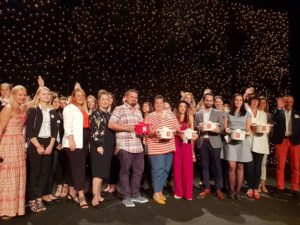 My “thank you” has to be taken also far back to the past. Without a very special workshop and some mentors on this still ongoing and thrilling bread-baking journey, #brotokoll would most probably not exist.

It was my wife, triggering this madness, with a baking workshop, which I reveived from her as a gift for our anniversary (HERE is the whole story). 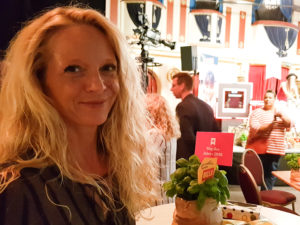 Karin, thank you for your support and all your patience for this madness. And…thank you for choosing breadbaking and not the cheese-workshop, otherwise we’d already have at least two cows on our balcony. Thank you for this lifechanging adventure!

No journey without mentors. A huge thank you to all of them, starting with Helmut Gragger. It was his bakery where I attended the very first baking-workshop. A couple of hours were enough for setting off my hunger for “more” of that stuff.

Dietmar Kappl: I was about crashing my car (totally freaking out once my wife told me that he is offering workshops just a two hours drive from Vienna) when I registered for the first workshop with Dietmar. He and his blog Homebaking became something like a personal teacher during my first steps in baking bread and creating my first recipes.

It was not just a “one time” workshop experience, and I am sure we’ll see us soon again. Didi, thank you for all the great moments in your workshops, your support and for triggering my burning breadbaking fever. 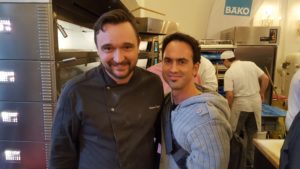 Claudio Perrando: He is pretty imprtant for the birth of #brotokoll. Why? Well…I found Claudio during the very first days of 2018 on the Internet.  He was offering online workshops on Facebook – but until that moment I succeeded in avoiding the social networks. After a chat with Claudio the same night, I was member of the most known bread-baking groups between Vienna and Panama.

Claudio, thank you for opening the doors to the online world of bread-baking. 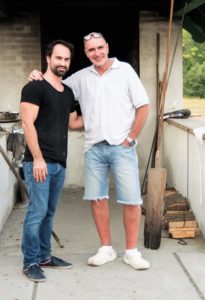 Continuing with Trevor Wilson,  interview-partner here on #brotokoll a couple of weeks ago. His book  Open Crumb Mastery is not just on my personal “must-list” even for a relax-vacation in a wellness resort. It was the absolute trigger for making me Open Crumb – addicted. And that’s a good thing.

I love Trevor’s words from our interview: After all, if it were easy, what would be the point? Bakers chase after open crumb like a dog chases after cars. If a car is parked, then where is the chase?  Trevor: thanks mate for all your inspiration!

Last but not least, mentioning Kristen (@fullproofbaking), supporting me on my last open crumb mile. Kristen, as I told you, you are owing a piece of every future open crumb I might produce. Thank you!

Thank you to all of you

Most importantly: thank you to all of you out there, reading this (already long) article and following #brotokoll.

Thank you for your support and your amazing feedback. I cannot describe the joy, seeing people enjoying and baking my recipes. It is a huge pleasure, supporting you on your way to a healthy and delicious homemade bread.

A short movie says mor than a thousand words

Here its is: The official #AFBA18 movie with all the highllights of the grand finals. HERE you’ll also find all related newspaper articles, featuring #brotokoll.